Kuta, Lombok was to fast become one of our favourite places on this trip (which is saying something!) and the following blog posts will hopefully show you why. I just wanted to flag from the start that this is NOT Kuta, Bali. If like us, and most other people we have met, and find that Kuta Bali is a massive turn off then do not be put off that Kuta, Lombok has the same name as seriously it is AMAZING! Beautiful with almost untouched and pristine coastline, friendly people and so far it has managed not to be so consumed by tourism to have lost its charm. Definitely get here before this changes!! Although not too many of you at once!

We had booked a Bluebird Taxi to come and pick us up from the hotel to take us Kuta, Lombok which would take about an hour and half. We definitely would recommend using Bluebird as they use the metre and are cheap, the difference in costs we have been quoted from hotels or on the street versus bluebird metre have always been higher.

Despite the amazing hotel we were happy to move on from Sengiggi as we felt as it was predominantly resorts that we hadn't got a feel for Lombok yet and as soon as we got on the road we started to see more of it out of the window. There was one gorgeous moment where I saw a man washing his white horse in a river in the morning sun. I wish I had had the camera out to have caught that moment. 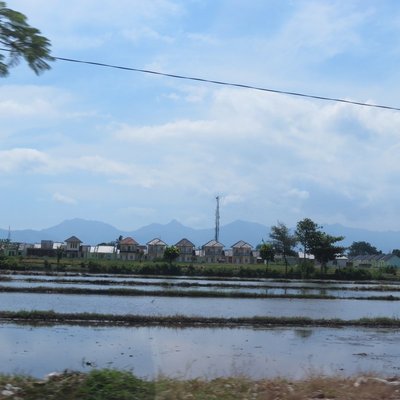 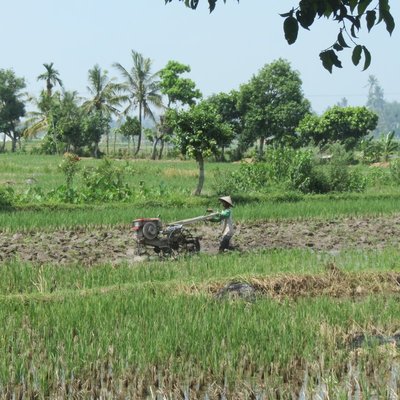 I not sure if these guys were all heading to McDonalds but the outdoor advertiser in me clocked the 8km directional. Think this may be a bit far out to work but then on the other hand maybe it is the only one on Lombok as have since seen another one that was 15km out!! 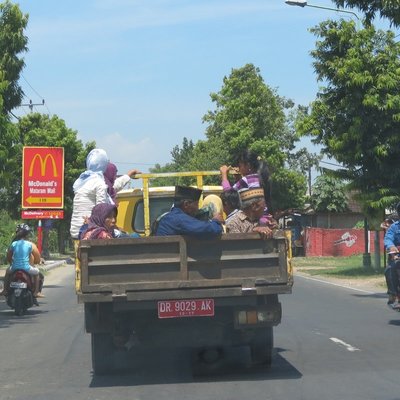 On the way down to Kuta we passed this roundabout which appeared to have a mosque in the middle. We would find out that Lombok is also known as the land of 1000 mosques and this roundabout was tribute to that. As when we were on the Gili islands the call to prayer from the local mosques would regularly be in the background during our time in Kuta. 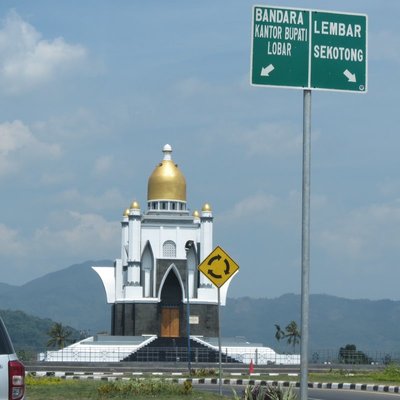 We had found another deal online for a hotel with pool for two nights in Kuta and so we decided to go with that to give us a base whilst we scouted out somewhere cheaper for us to stay when Ro arrived. It was on the way that I suddenly realised that I had got my days and dates mixed up and that Ro would be arriving tomorrow and not the day after!! Whoops! We had already booked the hotel but fortunately they said that for a small charge we could have an extra mattress for Ro the next day and they helped us organise pick up from the airport and weren't going to charge us extra to go along too. 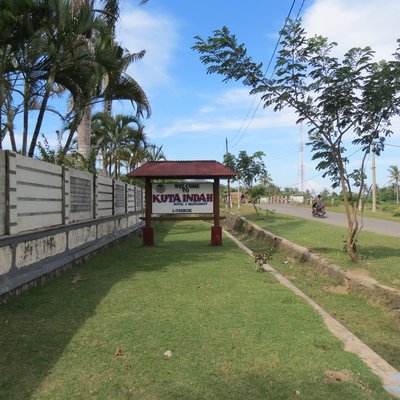 The grounds to the hotel were lovely with a nice pool but the room we were shown to had seen better days, dingy with broken windows stuck back with tape and part of the bathroom door falling off. This is sometimes the problem with online deals as they try to fill up their empty rooms which can be the ones no one else wants. Despite this we decided to keep the room as maybe we had been spoilt at the last place and it was a cheap deal. 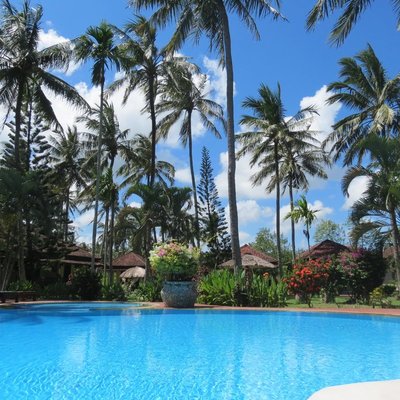 Rather than being tempted into the pool we headed out to check out the other accommodation the area. We had been warned by the owner of our homestay on Air to be careful with cheap accommodation right on the beach itself as it might not be safe and also to be careful renting bikes to get to other beaches, basically just keep an eye on your stuff and be aware (FYI we had no problems whilst in Kuta). Baring this in mind we started our search, I had already done some looking up online and had some places I wanted to check out the first being Kuta Bay Homestay which was just down the road. It had great reviews and also was able to sort out surfing lessons and boards, knowing Ro was keen to surf it was top of the list.

We didn't want to jump the gun though and so kept on our search. The lane lead straight down on to the beach and so we decided to take a walk that way to get further into Kuta. It took us out to the fishing part of the beach and it was great to see all the local people going about their daily lives. 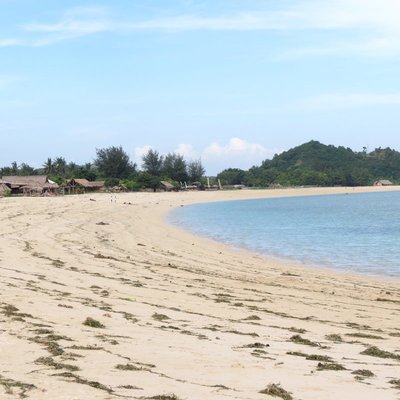 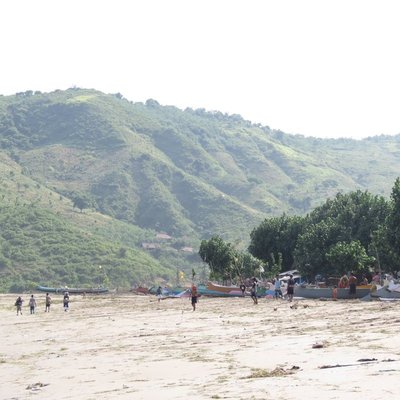 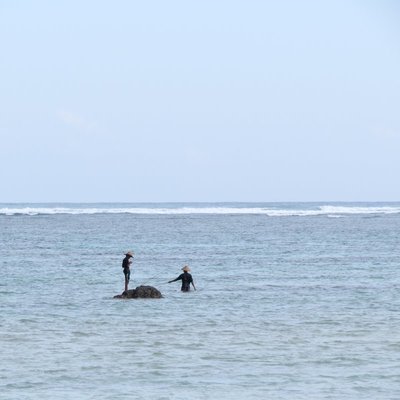 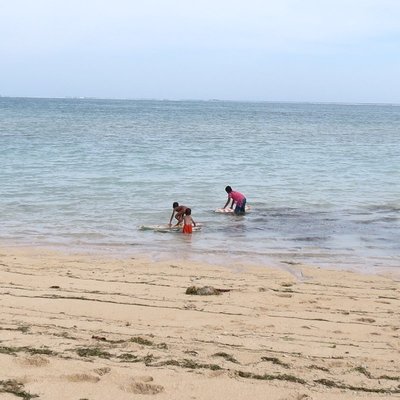 One thing we noticed straight away was how many dogs there were on the beach. We didn't have any problems with them at all but if you ve never had a pack of dogs run in your direction whilst barking at each other it could be quite intimidating. They definitely could use a BAWA here as we saw several with nasty wounds and clearly there is a problem with population control. We have since found out that BAWA visited Lombok a week or so before we arrived to help sterilise/neuter dogs & cats as well as treat any medical problems but were only able to touch the tip of the iceberg. Check out these gorgeous puppies that we found whilst having a drink at Shore Bar! 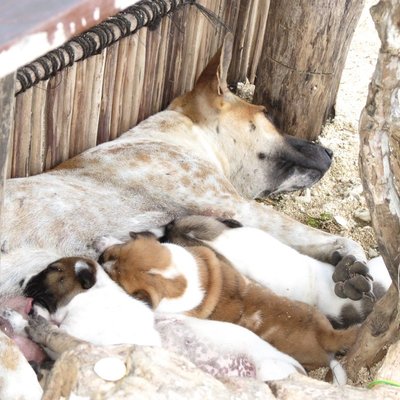 Whilst we took in the view over a Bintang and grabbed some lunch we soon had several young boys around us wanting to make conversation. One called Tom was a really cheeky character but we liked him a lot. As we thought after a lot of chat on where we were from, what they learnt at school etc they soon were trying to sell us bracelets as a souvenir from Lombok. When I told Tom that I had my souvenir from Lombok as I had bought some flip flops in Sengiggi the day before. He put my flip flops on, looked at them and said very seriously after a lot of contemplation "but these aren't from Kuta, these are Sengiggi souvenir, you need Kuta souvenir!"

This guy sprung to mind!

We had got distracted by the amazing beach which had hardly anyone on it that we decided we needed to walk along the road if we were to actually stop and check out some other places. Can you blame us!

We must have checked out at least 7 other places. The plan was for the three of us to share a room so once you factored in the extra bed/mattress a lot of rooms we saw wouldn't be big enough, out of our price range or not as good as the room we had seen at Kuta bay Homestay. Decision made we cut back down to the beach to walk back to our hotel at the other end.

We met this family along the way that as soon as they saw that I was carrying a camera asked me to take photos of them and I spent a good 20 mins entertaining their inner models. Its been a while since we have had people so mesmerised seeing their own image on a camera, this shows how relatively few people come through here compared to the resort areas or Bali. 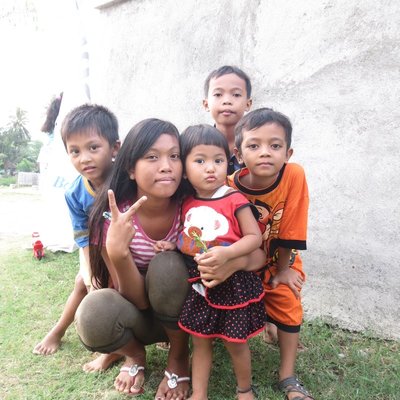 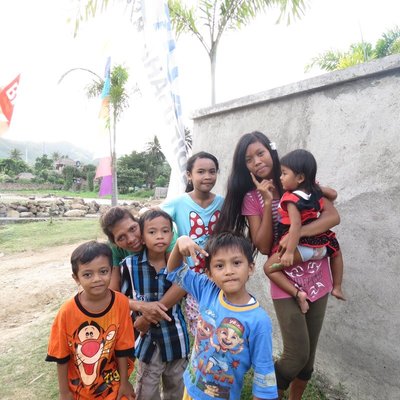 As the tide had gone out families had come down to the beach, scouring the shallows for shellfish. 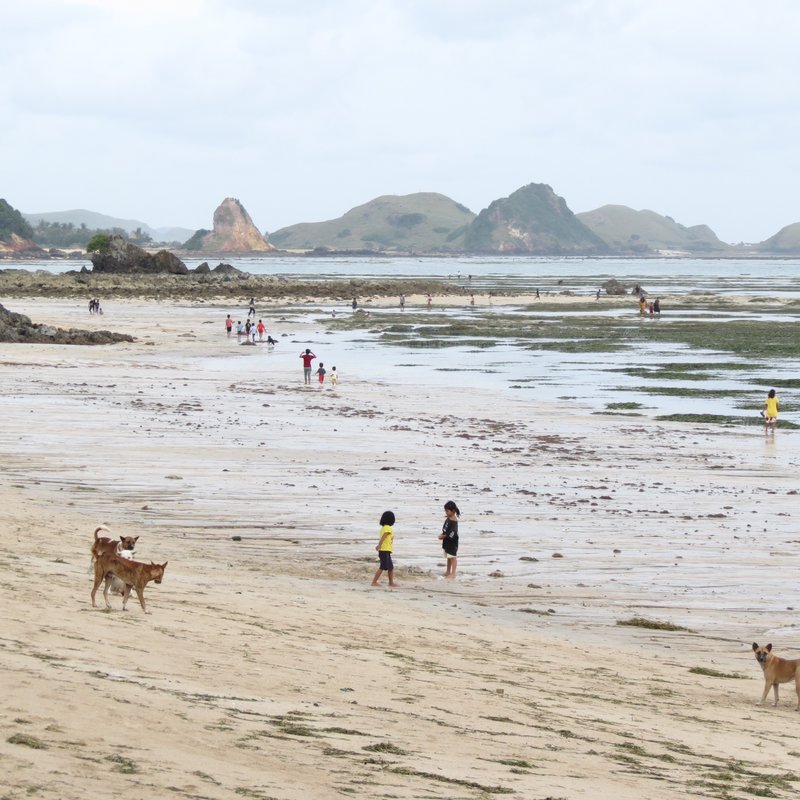 We met these kids that were playing with crabs. I think they may have been trying to make them fight each other but I was amazed they had been able to catch them and tie string on them given how fast crabs can move! 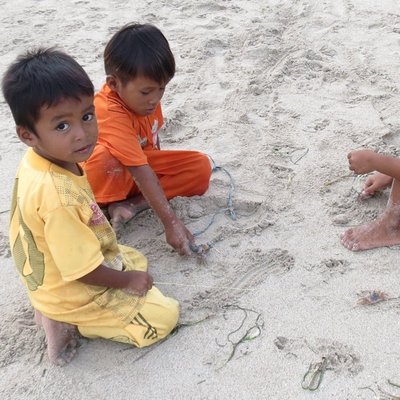 Others were playing football in the surf and these two girls had a giggle as they copied movements that Dan was doing. 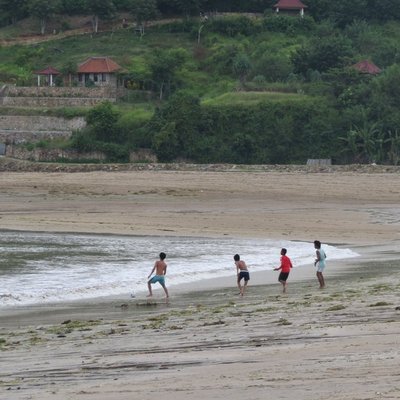 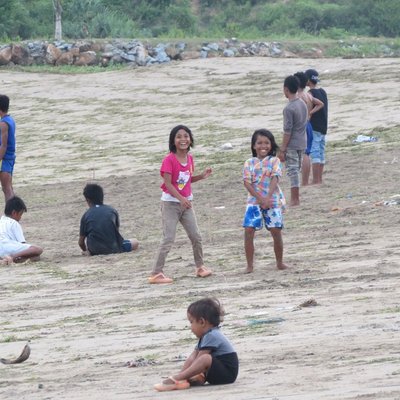 Traipsing round had been hard work and we were definitely appreciative of the pool when we got back!

We couldn't believe Ro would be with us tomorrow!

Posted by doyledan 06:29 Archived in Indonesia